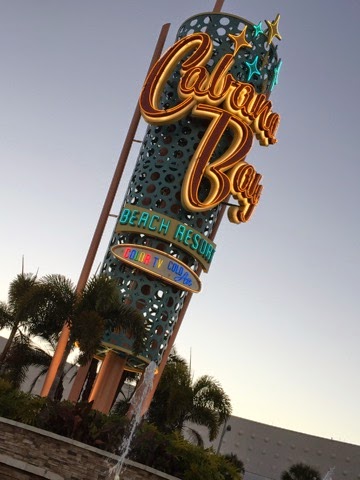 The family and I just returned from a much needed trip to Universal Studios Orlando. I began writing a review of the entire trip the other night but when the post was approaching 2000 words, and not being halfway through the trip, I decided that maybe a series of posts would be better. I have decided that the best place to start would be where we stayed. I will follow up with all of the different aspects of the trip including the parks, transportation, flights and of course, food.


We booked a Universal Studios Harry Potter Package through Universal Studios. We chose Universals' new value hotel, Cabana Bay Beach Resort because, well quite frankly, it was the least expensive. Our package included 5 nights' hotel accommodations, 2 day park to park passes with the 3rd day free, early admission into the parks for Harry Potter, and two Harry Potter themed breakfasts. The total for our family of six in a Tower suite at Cabana Bay: $2808, which included vacation insurance and gro…
1 comment
Read more
More posts