I love seafood.  Having been born in New Orleans I guess I’m predisposed to be a seafood eater.  It’s in my blood.  The problem is none of my children are predisposed to be fish eaters.  It should have been a sure thing but one letter got switched and instead of having fish EATERS, I got fish HATERS.

None the less, I am still inclined to partake in a seafood meal on occasion.  When I do, however, I have to make alternate plans for the children.  Usually I gravitate towards chicken. (not literally)  Chicken is a logical choice because you can prepare chicken in many of the same ways you would prepare fish.  You can bake it, broil it, fry it, make chicken gumbo, chicken stew, chicken sandwich………

Oh sorry I had a little Forrest Gump moment there.  But you get my point, anything fish can do, chicken can do.

The other night I had some nice cod fish that I wanted to make for dinner so I decided that less was more for the preparation.  I sautéed some spinach with garlic, and simply fried the fish with some salt and pepper.  I used the same technique, or lack there of, to prepare the chicken.  A little s and p, toss it in the pan, and there you have it, chicken dinner.

My oldest son Sour Dough, finished his salad with his usual indicator by announcing, “may I have some food now?”.  Apparently salad is not food because he has been saying that every night for as long as I can remember.  Nevertheless, I passed him the plate of chicken and he dug in.

About half way through his piece of chicken he asked me, “Dad, did you cook this chicken in egg?”  I replied that I had not, it was only salt and pepper and I asked him why he asked.

“It tastes like egg.” he said.  Since I had no idea why it tasted like egg I simply stated the obvious, “maybe it’s a residual flavor.” I quipped.  Not being one to control himself I continued, “It is an egg son……ALL GROWED UP!!”

Popular posts from this blog 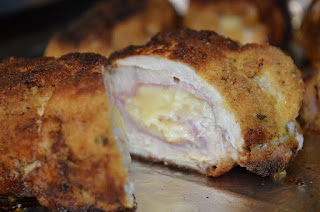 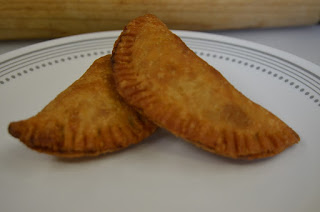 fodada's Colors for A Cause

By DaddyHB - October 04, 2012
Fashion is not my forté.I am a t-shirt and shorts kind of guy that focuses on comfort rather than fashion.Recently I was contacted by the fine folks at fodada , introducing their “colors for cause” line.Fodada’s CFC line is the same as the basic line with, you guessed it, more color.
The fodada clothing line was developed with Dad’s comfort in mind.The idea was to have clothes that Dad can wear while playing with the little ones and still be comfortable.And comfortable they are.I have the Dada hoodie and I would go out on a limb and say it is probably the most comfortable sweatshirt I’ve ever worn.It isn’t a heavy sweatshirt though. The fabric is light with a snug fit and made to just take the chill off.
Fodada has partnered with two great organizations that care for kids.Giving Children Hope is a faith-based nonprofit organization dedicated to alleviating poverty (domestically and abroad) through disaster relief, health and community development, vocational training and advocacy.And A…
Read more